Testosterone And Diabetes And The Surprising Role Of Fat Tissue 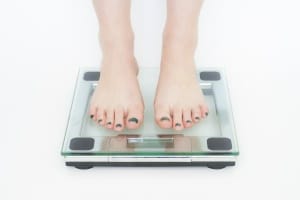 Testosterone and diabetes are not necessarily words you would associate with each other.

When you think of testosterone, you’re probably thinking of its positive effects. Testosterone is associated with leanness, masculinity, and strength.

Diabetes, on the other hand, has connotations that are decidedly more negative.

If you suffer from diabetes, you probably didn’t connect testosterone and diabetes right away—it’s not an obvious connection, but it’s one that more and more researchers are beginning to look at.

Testosterone often plays an integral role in bodily functions ranging from muscle and bone growth to brain function and puberty.

However, one major tissue has a powerful relationship with testosterone, possibly even more so than any other tissue:

Testosterone And Diabetes And The Role Of Fat

Scientists have long known that a large amount of adipose tissue (fat) is often correlated with diabetes. Similarly, several studies have shown that low testosterone can often be found in conjunction with high levels of adipose tissue.

Naturally, researchers began to look at the possibility that low testosterone and diabetes could also be related.

We are still not entirely sure of the role that fat plays in the regulation of hormones, though we’ve learned quite a bit in the last few decades.

For instance, we now know that adipose tissue can produce estrogen—one of the many reasons that we recommend our patients lose weight as part of their fight against low testosterone.

Research has shown that large amounts of visceral body fat (that is, fat stored around the abdominal cavity) actually act a lot like an endocrine organ, taking on the same functions that should only belong to organs like the pituitary gland.

Diabetes is strongly correlated with high amounts of visceral body fat. Is it any surprise that testosterone and diabetes, especially low T and diabetes, could be related?

Since the 2000s, an increasing amount of research on testosterone and diabetes has shown a strong link between the two conditions.

While it is still not clear if one causes the other, the correlation is significant. If you suffer from diabetes, you may also be suffering from low testosterone.

I hope by now that you’re convinced that testosterone and diabetes are linked. If you suffer from diabetes, few things can help improve your condition, and increase your testosterone levels, like weight loss and regular exercise.

However, diabetic weight loss is often not a simple matter, and low testosterone generally compounds the problem.

And if you’re suffering from true low testosterone (that is, hypogonadism), natural methods of increasing testosterone probably aren’t going to be enough.

To learn more about what low testosterone looks like and what symptoms to look for, click here.