Male Pattern Baldness and Testosterone—Connection, Not Cause

Many men who seek treatment for the chronic symptoms of low testosterone are rightly concerned about possible side effects.

However, many of these concerns are based on rumors, such as the incorrect assertion that testosterone causes male pattern baldness. This myth has been repeated for decades despite being based on very shaky information.

In fact, there’s no reliable science to back up such claims, while research continues to conclude that the amount of testosterone in a man’s body has nothing to do with whether he’ll lose his hair. 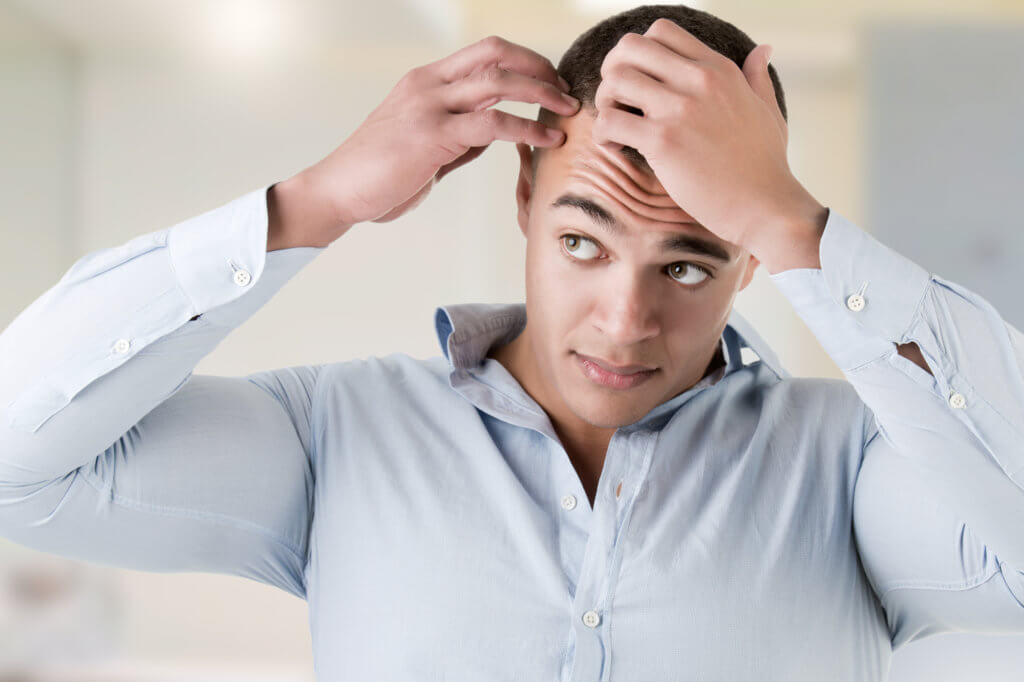 To place sole blame on hormones for androgenic alopecia (the medical term for male pattern baldness) is misguided, although hormones certainly are involved in the complex process.

Men who experience male pattern baldness usually have high levels of DHT (dihydrotestosterone), which is a byproduct of testosterone that has been broken down for use by the body.

It seems so simple.

But, the simple explanation is wrong.

What Medical Research Tells Us

A 2017 population-based study of 373 men conducted by German scientists has added to the growing heap of evidence that disproves the oft-repeated myth.

The scientists studied cross-sectional associations between a panel of liquid chromatography–mass spectrometry (LC-MS/MS)-measured androgens (sex hormones) and hair loss in men from the general population.

Researchers summarized their findings by saying:

In other words, the amount of total testosterone present in the male body did not significantly affect the occurrence of general hair loss.

More information on the study itself is available here.

This cause of the increased androgen sensitivity or androgen receptor density mentioned by the researchers is actually genetic.

Androgenic alopecia is the direct result of DHT acting on hair follicles that are genetically predisposed to react strongly and negatively to the presence of DHT.

Men with this genetic makeup develop follicles that have an increased number of receptors which allow DHT to bind to them and cause the follicles to constrict. The follicles are then unable to produce and maintain healthy hair, which leads to hair loss.

To sum up what we know about male pattern baldness:

If you’re suffering from the symptoms of low testosterone and currently have a full head of hair, the testosterone cypionate injections we use for Testosterone Replacement therapy (TRT) won’t suddenly cause you to develop male pattern baldness.

That means you can disregard the myths about testosterone causing male pattern baldness and take advantage of a regimented TRT plan that could improve your quality of life and help you feel like yourself again.

For more information on the health benefits of TRT, we recommend reading our comprehensive guide, which provides answers to the most common questions regarding the treatment of low testosterone.