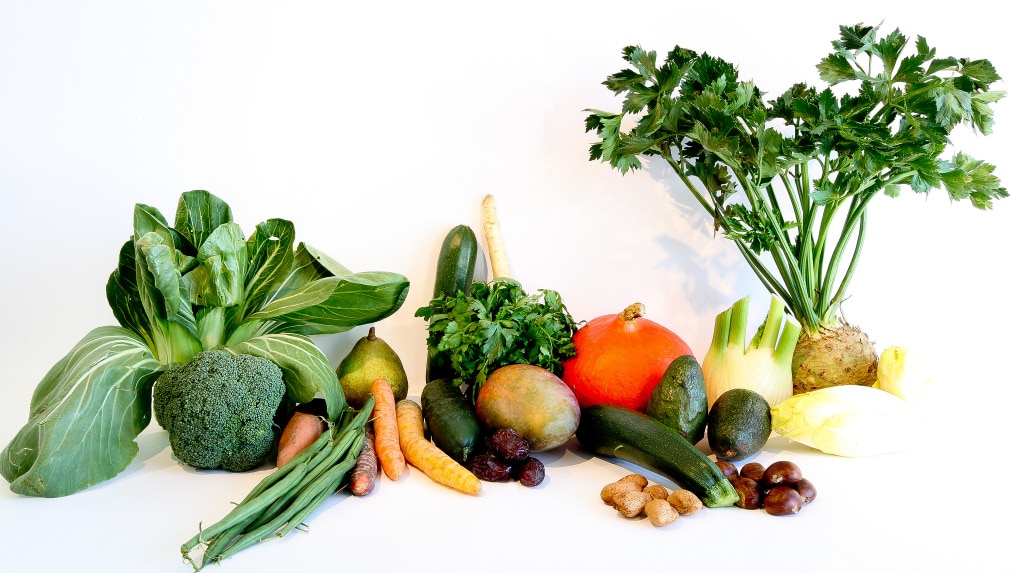 There are a lot of people, both men and women, who tend to hover right around the line between healthy testosterone levels and low testosterone.

They likely feel fine most of the time, but they may experience symptoms of Low T when levels dip.

The common causes of these symptomatic periods are:

If you’re one of those people with borderline levels, you can adopt a better diet and other healthy habits to promote the generation of testosterone and help your body stay above the line where low testosterone symptoms occur.

However, if you suffer from clinically diagnosed low testosterone, a form of hypogonadism, it is unlikely that dietary choices or healthier habits are going to return your hormone levels to a “normal” or “optimum” range.

If consumed regularly and in larger-than-average amounts, alcohol inhibits the liver’s ability to break down estrogen and increases conversion of testosterone to estradiol.

When estrogen levels increase, the production of testosterone is hampered.

Alcohol also reduces zinc levels in the body. Zinc is a vital nutrient in testosterone production. Its reduction can decrease your body’s ability to produce testosterone.

The Effects of Alcohol on Testosterone Production in Men and Women

For men, ethanol alcohol is a testicular toxin, and we’ve known for decades that, in large doses, it reduces testosterone function, sperm count, fertility, and can even damage the testes.

Women actually have the opposite problem—excessive alcohol consumption often leads to increased testosterone levels, sometimes even resulting in the loss of female sexual characteristics.

In short, if you control your use, you have very little to worry about.

Binge drinking—5 or more drinks in a short period—is the primary cause for concern.

In a study on moderate alcohol use, researchers found that drinking the equivalent of 2-3 beers a day resulted in only slight testosterone decreases for men, and no decreases for women.

The same study also found that light or moderate drinking increased another hormone, dehydroepiandrosterone sulfate (more commonly known as DHEA-S), possibly resulting in a protective effect on the heart.

Another study found that controlled alcohol consumption seems to have a variety of health benefits, including:

Excessive Beer Consumption: A Cause for Concern

Prolactin is the hormone that increases a woman’s breast size during puberty and promotes lactation in motherhood.

When prolactin is introduced into the system via beer drinking, it can have a negative effect on testosterone levels and is likely the culprit behind the notorious “beer gut” and “man boobs” that are often joked about.

The added calories from too many beers also cause men to gain weight. Fat often functions as an estrogen-producing organ. 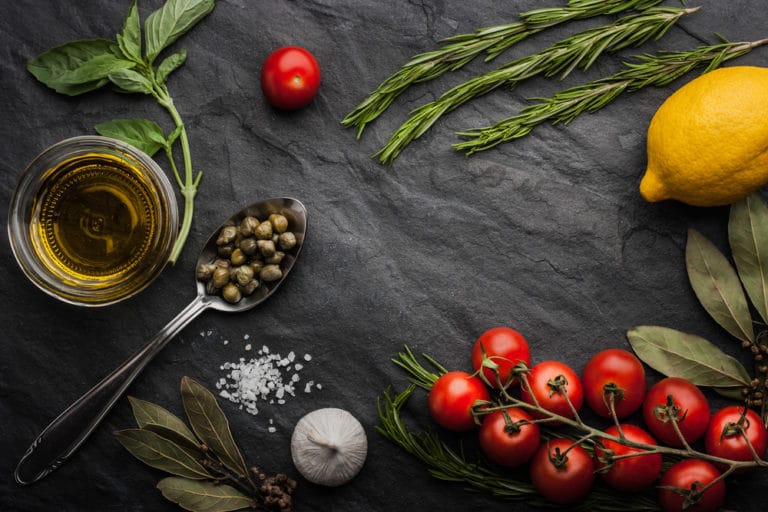 Foods That Could Lower Testosterone Levels

There’s a lot of misinformation floating around about certain foods that damage or destroy testosterone production, so it can be difficult to differentiate between fact and fiction.

We have some beneficial suggestions for you to consider.

Hydrogenated oils, also called “trans-fats,” are infamous for their health risks, including inflammation and heart disease. They tend to be high in calories, and they seem to have little-to-no health benefits.

These oils will often be listed as “partially-hydrogenated,” and they are often used in restaurants that fry foods on a large scale since these chemically altered oils are far cheaper than a higher-quality option.

These oils have an extremely high content of testosterone-reducing PUFA’s (polyunsaturated fats).

In addition, they also cause more trouble by reducing the amount of healthy, testosterone-production-supporting HDL cholesterol.

We know that sugar intake can have a severe effect on general health and can contribute to the development of diabetes.

Low testosterone and diabetes are closely linked due to irregular insulin levels that inhibit the production of testosterone.

On top of that, sugar directly contributes to obesity, which can create a sort of compounding effect. When testosterone is depressed, your estrogen levels increase.

When your estrogen levels increase, you’re more likely to hang on to fat and lose muscle.

That extra fat can act as an endocrine producing organ (specifically, it starts producing more estrogen), which can further depress testosterone levels.

Because there are so many negative effects on hormones, we recommend that you reduce your sugar intake or eliminate it completely from your diet, possibly using alternative sweeteners in place of sugar.

Soy has taken a beating in the popular health and fitness media because it contains a substance called phytoestrogen (also called isoflavones), a nutrient found in plants that is similar in structure to your body’s naturally produced estrogen and that supposedly raises your estrogen levels and reduces your testosterone levels.

However, phytoestrogens are not identical to your hormones, just chemically similar. It’s not the same as getting bioidentical estrogen from your medical provider.

Scientific studies do not seem to back up the suspicions that soy reduces testosterone at this time.

The Source of the Misunderstanding

It was suspected that ingesting large amounts of soy would suppress testosterone production in the same way that injecting large quantities of supplemental estrogen might.

This conclusion was based almost entirely on animal studies where phytoestrogens were injected directly into the animals’ systems, producing detrimental effects.

However, the findings likely have little relevance to humans consuming soy food.

When you eat soy, your digestive system mitigates most of the effects that these compounds could have on your hormone levels.

Anecdotes that claim soy causes harmful hormonal imbalances continued, and researchers responded by performing a meta-analysis of existing studies on isoflavones to see whether they had any measurable effect on testosterone levels.

They concluded simply that eating soy (or any isoflavone supplement) has no measurable effect on free testosterone levels.

The same appears to be true of flax seed oil and flax seed products, both of which contain lignans, another phytoestrogen.

It’s unnecessary to remove these foods from your diet because of hormone concerns.

Foods That May Increase Testosterone Levels

While many nutrients can slightly affect your testosterone levels, foods that are rich in zinc, magnesium, and vitamin D, as well as those that reduce the stress hormone cortisol, have substantial scientific evidence backing their positive effects on testosterone production. 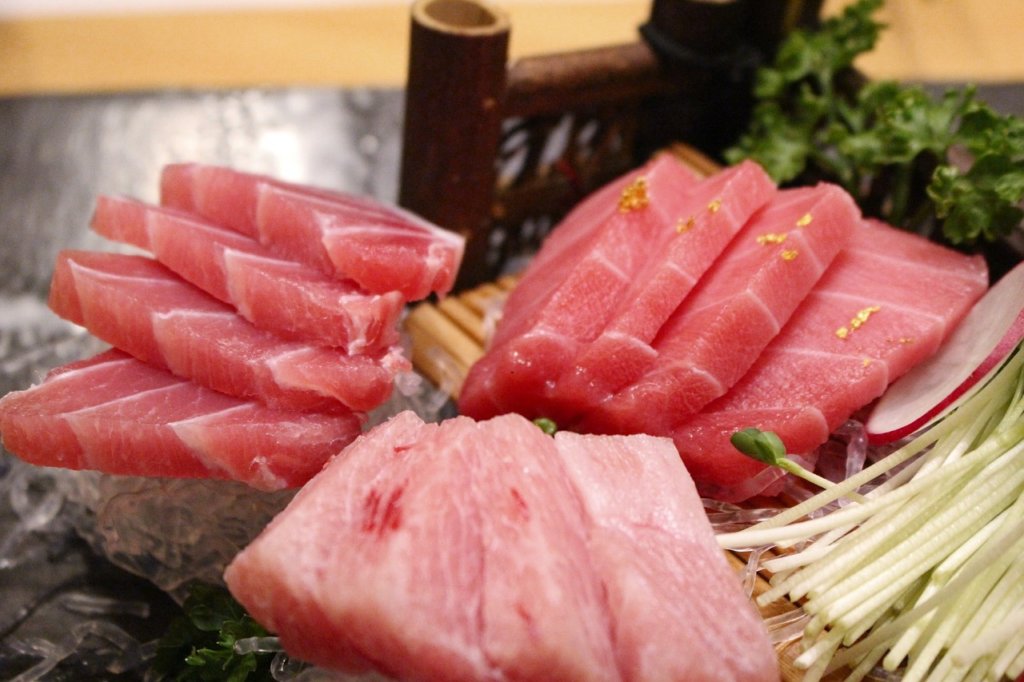 If your zinc levels are insufficient, adding zinc to your diet can significantly increase serum testosterone levels and decrease the conversion of testosterone into the female hormone estradiol (estrogen).

In one study, it was found that the addition of zinc to the diet of zinc-deficient elderly men, who were otherwise normal, resulted in a statistically significant increase in serum testosterone levels over the course of six months.

In another study of zinc and hormones, it was found that rats fed a zinc-deficient diet suffered decreased testosterone levels, while the formation of estradiol (estrogen) from testosterone was increased.

Yet another study found that adding zinc to the diet of men affected by sickle cell anemia could increase testosterone levels.

To boost testosterone levels in the body, include foods rich in zinc in your daily diet, such as:

Most of the time, you’re able to get zinc from a healthy diet, but if you’re not getting the proper amount (which is often the case for vegetarians or vegans), taking a simple multivitamin once a day usually solves the problem.

Unfortunately, most men who come to our clinics aren’t suffering from zinc deficiency, which means that zinc supplementation isn’t the answer to their low testosterone problems.

Further, over-supplementing zinc is not going to increase your testosterone levels or bring them back to normal.

Unsaturated fats are important for the body as they regulate the production of hormones and contribute to healthy testosterone levels.

Supplement Your Diet With Almonds

Magnesium has been shown to boost testosterone levels, both in athletes and in people with normal activity levels.

Besides what you eat on a regular basis, there are other healthy habits you can incorporate to benefit your hormonal health.

Check Your Medications and Don’t Use Illegal Drugs

it surprises many people to learn that prescription drugs can negatively affect their hormone health. Legally prescribed opiate medications are known to lower testosterone levels.

Though the effects of each drug or medication on the body vary widely, many of them wreak havoc on hormone levels, especially if they are abused or used in excess.

Many illegal drugs also have detrimental health effects and should be avoided. Their effects on hormone levels are not well understood, with the few large-scale studies on their effects turning out inconclusive or flawed.

Consult your doctor to be sure your medications aren’t contributing to low testosterone. 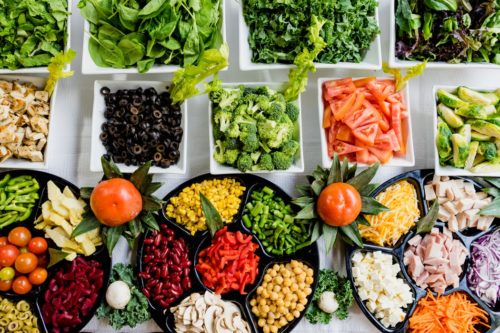 This isn’t going to be an overnight process, but here are a few simple recommendations that you can try right away:

Manage Stress and Get Sufficient Sleep

Sleep is essential for the body to function optimally. Hormonal functions are enhanced when the body is rested.

The body repairs and heals itself while you’re sleeping, and those repairs include the restoration of testosterone levels.

Nutrition and Your Testosterone Levels — Truth and Rumor

Take things in moderation—it’s always your best defense. Vary your diet and use common sense.

The fitness forums, popular health culture, and the supplement industries often imply (with little scientific evidence) that health improvements like a better diet will solve all your problems.

If your hormone levels are borderline, it’s possible that making use of these dietary changes and lifestyle improvements (including better exercise) could raise your testosterone levels into a more-normal range and reduce symptoms.

However, if your testosterone levels are clinically low or your symptoms are severe, changes in your diet and exercise routine alone will likely not solve your problem.

Click to read our comprehensive guide on Testosterone Replacement Therapy.

Posted in Fitness and Nutrition for Hormone Health

Glenn Steponaitis, PA-C began his healthcare career nearly 20 years ago as a medical technician at Seton Medical Center while concurrently earning a Bachelor of Arts degree in Biology at the University of Texas in Austin.   His interest in medicine lead him down the path of becoming a certified Physician Assistant and achieving a Bachelor of Science degree in this field from the University of Texas Southwestern Medical Center at Dallas.   Following completion of his schooling, Glenn started a 10 year career in the field of Gastroenterology and Hepatology, and in 2010 he began focusing on the medical management of those suffering from symptoms caused by low testosterone after witnessing hormone replacement doctors help Low T sufferers.