Chronic insufficient sleep is a serious health risk common to most modern societies, and America is no exception.

In fact, Americans sleep nearly two hours less than they did 100 years ago, and approximately 33% of those employed report sleeping less than six hours each night. 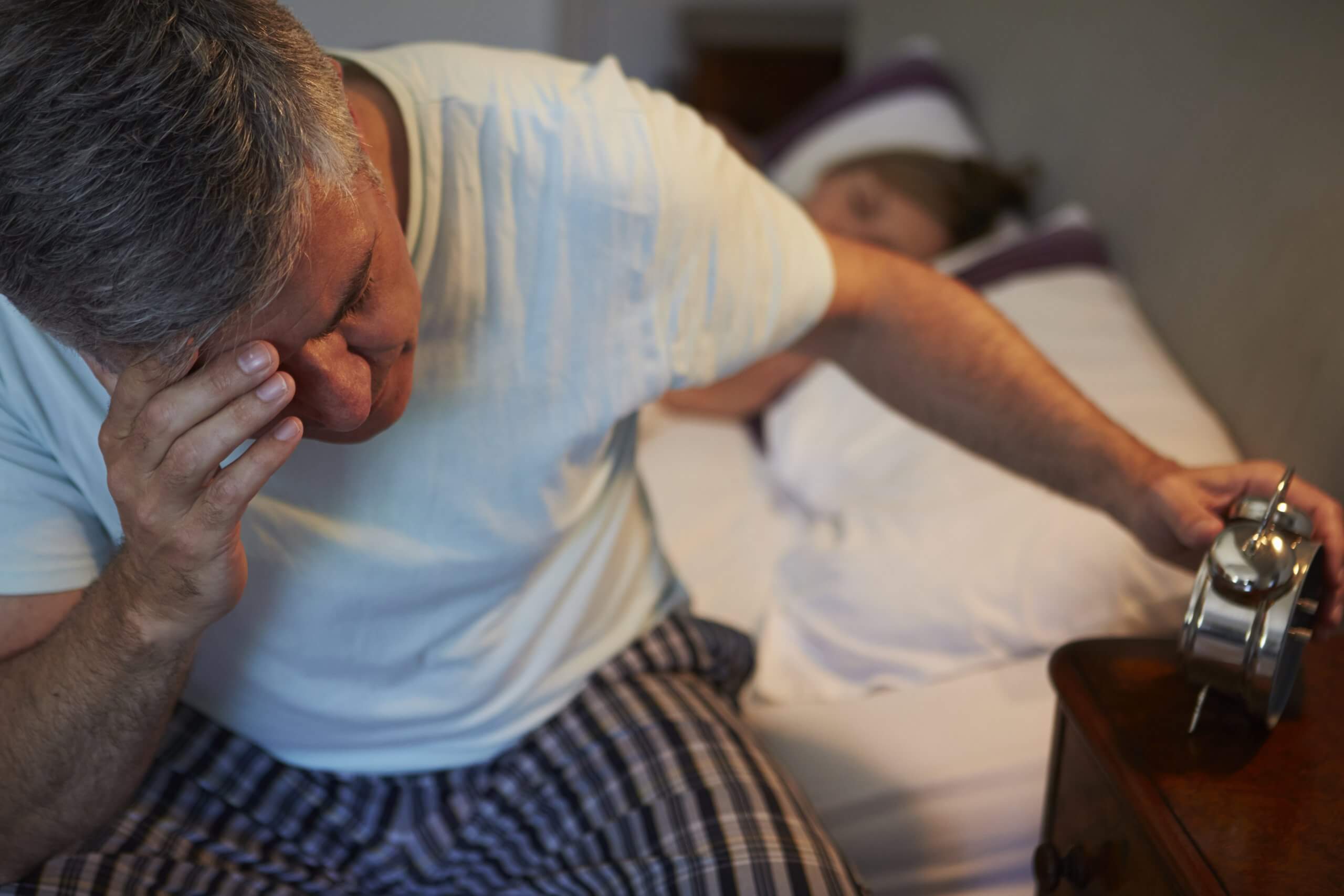 According to the Centers for Disease Control and Prevention (CDC):

“Getting enough sleep is not a luxury—it is something people need for good health. Sleep disorders can also increase a person’s risk of health problems.”

“A third of US adults report that they usually get less than the recommended amount of sleep. Not getting enough sleep is linked with many chronic diseases and conditions—such as type 2 diabetes, heart disease, obesity, and depression.”

Researchers say low testosterone also could be associated with poor sleep, which isn’t surprising when you consider that the health problems the CDC connected to poor sleep are also linked directly to Low T.

The connection between low testosterone and poor sleep becomes clearer when we consider their common symptoms, which include:

Consider also that the majority of your daily testosterone production and its release into your body’s critical systems occurs during sleep.

A recent study examined the effect of 1 week of sleep restriction on testosterone levels in young healthy men.

Volunteers were screened and excluded for preexisting endocrine or psychiatric disorders, irregular bedtimes, and prior sleep complaints. Viable candidates, who were 24.3 years old on average, went through 3 experimental stages:

Sleep was recorded each night and visually scored. Blood sampling was conducted every 15 to 30 minutes for 24 hours after the second 10-hour night and after the seventh 5-hour night.

Total sleep time decreased from 8 hours 55 minutes to 4 hours 48 minutes during sleep restriction. The subjects lost a total of 2 hours 45 minutes of deep sleep and 1 hour 3 minutes of REM.

During waking hours common to each measured set of conditions (8 AM-10 PM), testosterone levels were lower after sleep restriction than in the rested condition. The effect of restricted sleep was especially apparent between 2 PM and 10 PM, which indicated abnormally low testosterone production when subjects failed to get sufficient sleep.

The results of this study stand out when we put them into more digestible terms. Daytime testosterone levels were decreased by 10% to 15% in this small sample of young healthy men who experienced 1 week of sleep restriction to 5 hours per night—a condition reported by a significant portion of the US working population.

When it comes to your health, the importance of sleep can’t be overstated.

Poor Sleep and Your Testosterone Levels—What’s Next?

Similar to how a poor diet or insufficient exercise affects your hormone balance, a lack of sleep means irregular or inefficient testosterone production.

If your hormone levels typically hover just above the line that separates normal and low, such irregularity could pull you into symptomatic territory. If that’s you, lifestyle interventions such as more exercise or better sleep may provide avenues for improving your condition.

On the other hand, if your testosterone levels chronically fall below the optimum range and you’re experiencing symptoms on a regular basis, or your symptoms are often severe enough to hinder your ability to enjoy life, it may be time to consider Testosterone Replacement Therapy (TRT).

For facts and answers to the most common questions regarding TRT, click to read our comprehensive guide.